'Juliana, Masato, and Dad travel to Japan for the MMA World Tournament Finals, but are thrown wildly off course as the White Light begins to spread over the land like a plague.' 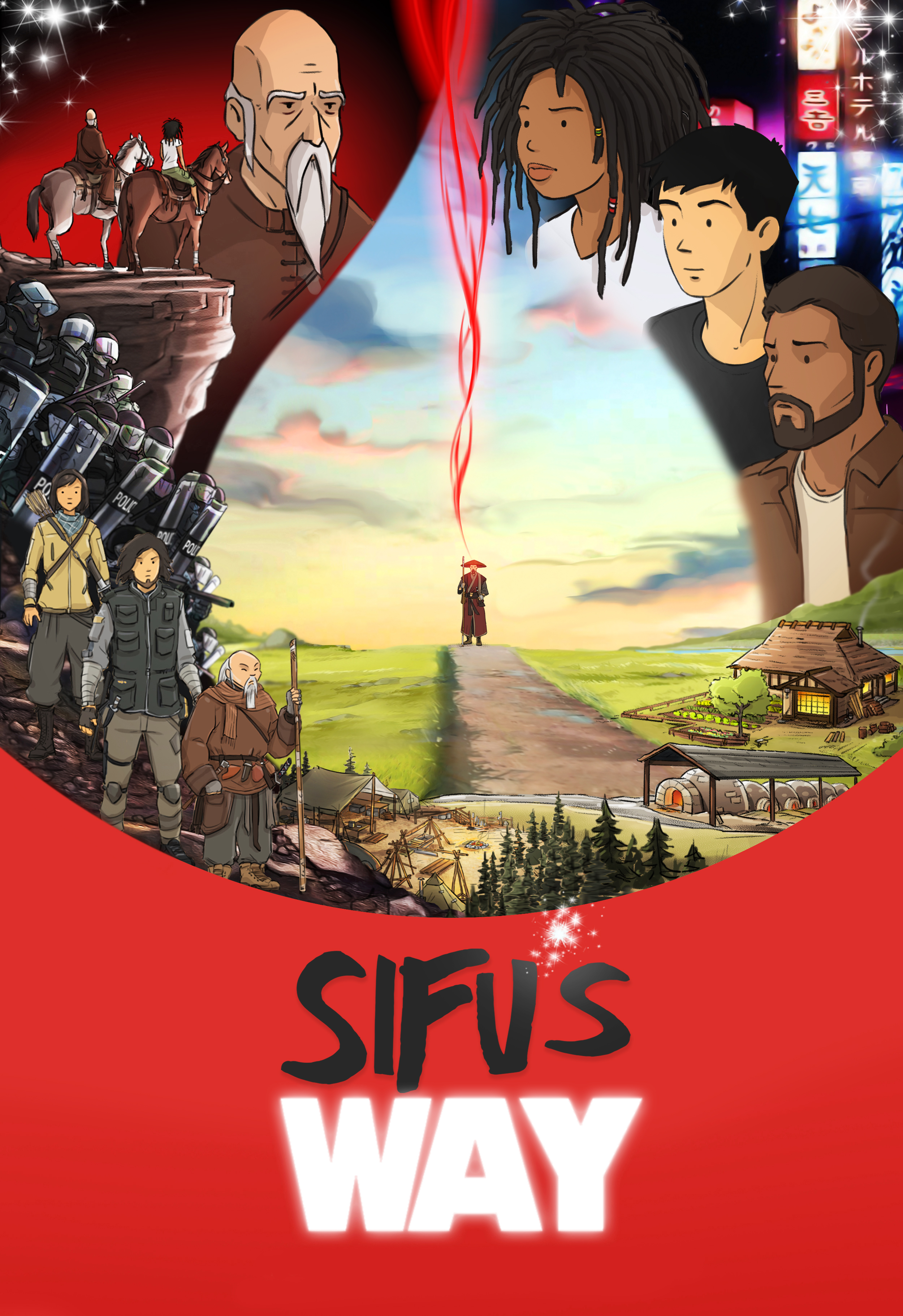 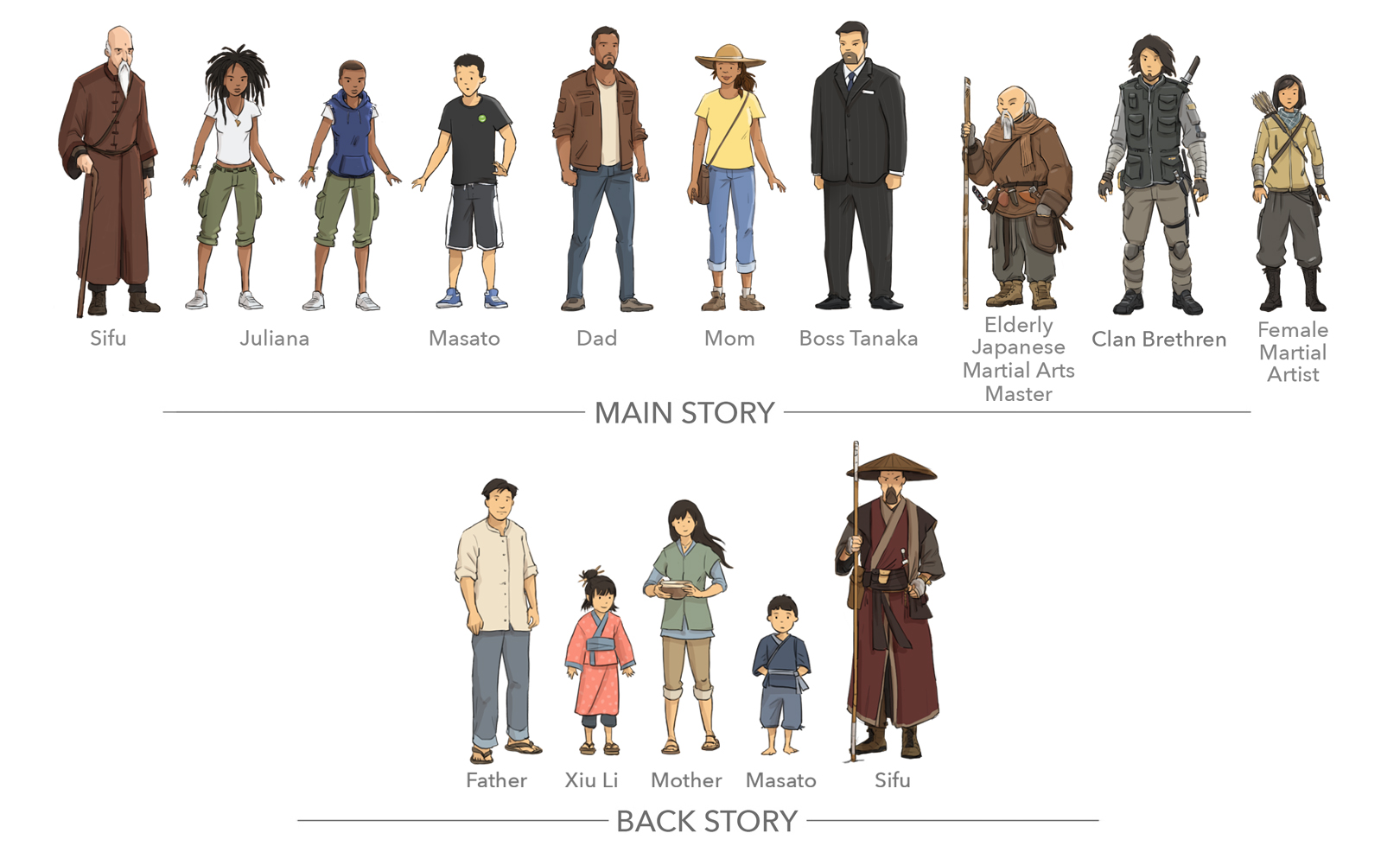 Sifu is now 100 years old, weak and frail. Yet he has still failed to find an Apprentice to whom he can fully transmit the RED ENERGY as he promised his MASTER. Still believing that JULIANA is that Apprentice, Sifu waits for her to find him in his mountain retreat in Japan. His faith is not misplaced, as Juliana indeed appears in the vicinity. When the spreading White Light almost kills her, Sifu saves her life, and insists that it is her fate to complete her training. Sifu follows what he believes to be his destiny with every last breath in his aging body.

Yet when he finally achieves it, he learns a truth that he never could have suspected.

Juliana and DAD are assisting MASATO in the World MMA Tournament Finals, as a result of his victory in Brazil. Though she admires his WHITE LIGHT style, she is having trouble relating to its ideology, and her feisty nature is bubbling to the surface. When the WHITE LIGHT begins to spread out of control, it gets even worse, and she finds herself at odds with her own Dad and fiancé. When Dad and Masato are taken by the White Light, she is rescued by SIFU, and must accept her true self as his Apprentice in order to save them and survive.

Juliana pieces together the truth about everyone’s destiny, and uses both the WHITE LIGHT and RED ENERGY to bring it all to a climax.

Masato is ready for the World MMA Tournament Finals, but when he, JULIANA, and DAD are thrown wildly off course into the remote mountains of Japan, he must rely on the WHITE LIGHT for more than just fighting. Loyal to Dad’s faith in the WHITE LIGHT, Masato follows without question, though it upsets his fiancé JULIANA. He cannot change his own nature, and the WHITE LIGHT continues spreading like a plague. When Dad is taken by it, Masato follows him in, leaving Juliana.

When they meet again, Masato confesses that he is a spirit of the WHITE LIGHT itself, and that he came to Juliana’s world to help FATHER, but unexpectedly fell in love with his daughter.

Dad is traveling to Japan with his daughter JULIANA to coach MASATO in the World MMA Tournament finals. When they are thrown off course however, he finds themselves amazingly very near where he remembers their former lifetime once was in the mountains. The WHITE LIGHT is spreading over the land like a plague, and Dad becomes lost in visions of their previous life, confusing past and present as they get further and further off-course. Soon Dad becomes engulfed in the WHITE LIGHT, and loses himself in it.

It is only when Dad finally learns the value of the RED ENERGY that he can re-awaken, and begin to understand the relationship between the two styles.

Mom unfortunately was not given a ticket to accompany MASATO, DAD, and JULIANA to Japan. She says goodbye at the airport, and wishes them a safe return, as they are planning Juliana and Masato’s wedding. However when the WHITE LIGHT begins to spread wildly in Japan, it does the same in Brazil. At first Mom embraces it and even helps it grow, but she soon realizes it is growing out of control, and finds herself the target of the Military who are trying to kill it. Mom dies in the conflict, and tries to reach Juliana through her dreams.

It is only in this state with Juliana does the truth of their story become clear, and Mom must assist them from beyond the physical.

Boss Tanaka is still at the head of the MMA Tournament Finals event, and is favouring MASATO greatly. When the WHITE LIGHT is declared illegal and begins to spread like wildfire, Boss Tanaka gives everything to help Masato, Juliana, and Dad escape.

Before his death, Boss Tanaka confesses to Juliana that he was BJORN in a former life, and will honour Juliana’s family and their WHITE LIGHT as many lifetimes as he needs.

Clan Brethren is the son of the ELDERLY JAPANESE MARTIAL ARTS MASTER, and together they have led a Clan of martial artists to the mountains to escape the growing WHITE LIGHT that is enveloping the land. However his father is becoming senile, and so he is quietly leading from behind. When he encounters DAD, JULIANA, and MASATO, he feels a strange recognition, and lets them into their camp. But when he sees that they bear the WHITE LIGHT he exiles them, though he fancies Juliana.

He is only beginning to understand that he is in fact the man Dad had killed in a former lifetime. He has also forgotten that he is FOX BRETHREN, and also knows Masato from a previous life.

Elderly Japanese Martial Arts Master is the patriarch of the rogue MARTIAL ARTS CLAN who have fled to the mountains to escape the growing WHITE LIGHT plague. He thinks himself the leader, but is growing senile and is unaware that his son HANDSOME WARRIOR is actually leading the Clan. He is terrified of the WHITE LIGHT, having encountered it in a previous lifetime to which he lost a son. When he sees the WHITE LIGHT again in Dad, he orders the Clan to kill them.

Elderly Japanese Martial Arts Master does not recognize Dad as his former student in that previous life, and the fighter who had accidentally killed his son.

Father is a survivor of the decimation of Japan after WWII. Despite the horrors, good fortune came upon him when he met MOTHER amongst the rubble, and they fell in love. He built a home for them to live in the mountains, and continued to train in Japanese martial arts. Mother took up the art of pottery, and they had a daughter, XIU LI. Life was so great that Father began to discover the WHITE LIGHT. But before he could master it, SIFU arrived, drawn to his growing power.

Father did not handle this encounter well, and thus set in motion a karmic debt that would follow him for 2 more lifetimes.

Xiu Li, named after her Chinese ancestry, is a happy child with a most idyllic life. Living in the mountains of Japan by a clear cool river, she is thrilled to help her Mother make pottery, and go for long hikes with her Father. She even trains martial arts, and is beginning to learn the WHITE LIGHT from Father. However when Sifu arrives, Xiu Li becomes embarrassed and angry at Father for not standing up to him. She calls him a coward and leaves in rage, only to return finding her parents both killed.

Xiu Li is being followed by a Shinto Fox Spirit, who appears as a young boy with a Fox Mask.

Mother is also a survivor of WWII Allied bombings, having lost everything. She fell instantly in love with FATHER, and they soon married. With a humble home in the mountains, a small pottery studio near a river, and a new beautiful daughter, XIU LI, Mother was happy and content. She witnessed Father’s discovery of the WHITE LIGHT, and gave her best to help him follow it. But when SIFU arrived, their life was turned upside down, and she and her husband were killed together in a deadly fire.

She is only beginning to discover the bigger picture.

Masato appears to Xiu Li as a mysterious boy wearing a FOX MASK. His origin is unexplained, as Xiu Li only catches glimpses of him at key moments, appearing to be watching or following her. Though a normal looking innocent boy, there is something suspiciously supernatural about him. He seems especially concerned with Xiu Li and her parents, but never speaks.

There are times when he appears to transform from a boy into a Shinto Fox Spirit.

Sifu has recently lost his MASTER in the final attacks on Japan at the end of WWII. Suddenly alone, he begins his quest to honor his Master and find a worthy Apprentice to whom he can pass the RED ENERGY before he dies. He does not have to look long, as he soon hears rumors of a local Japanese Martial Artist with the ability to harness supernatural energies. Sifu seeks him out, and upon arriving at FATHER’s dwelling, becomes enthralled with testing his potential. He challenges Father to a fight, wanting desperately to compare their styles and learn his secrets. But when Father refuses, Sifu is unable to take no for an answer.

Their conflict sets in motion a karmic debt that would follow them for the next 2 incarnations of death and rebirth. 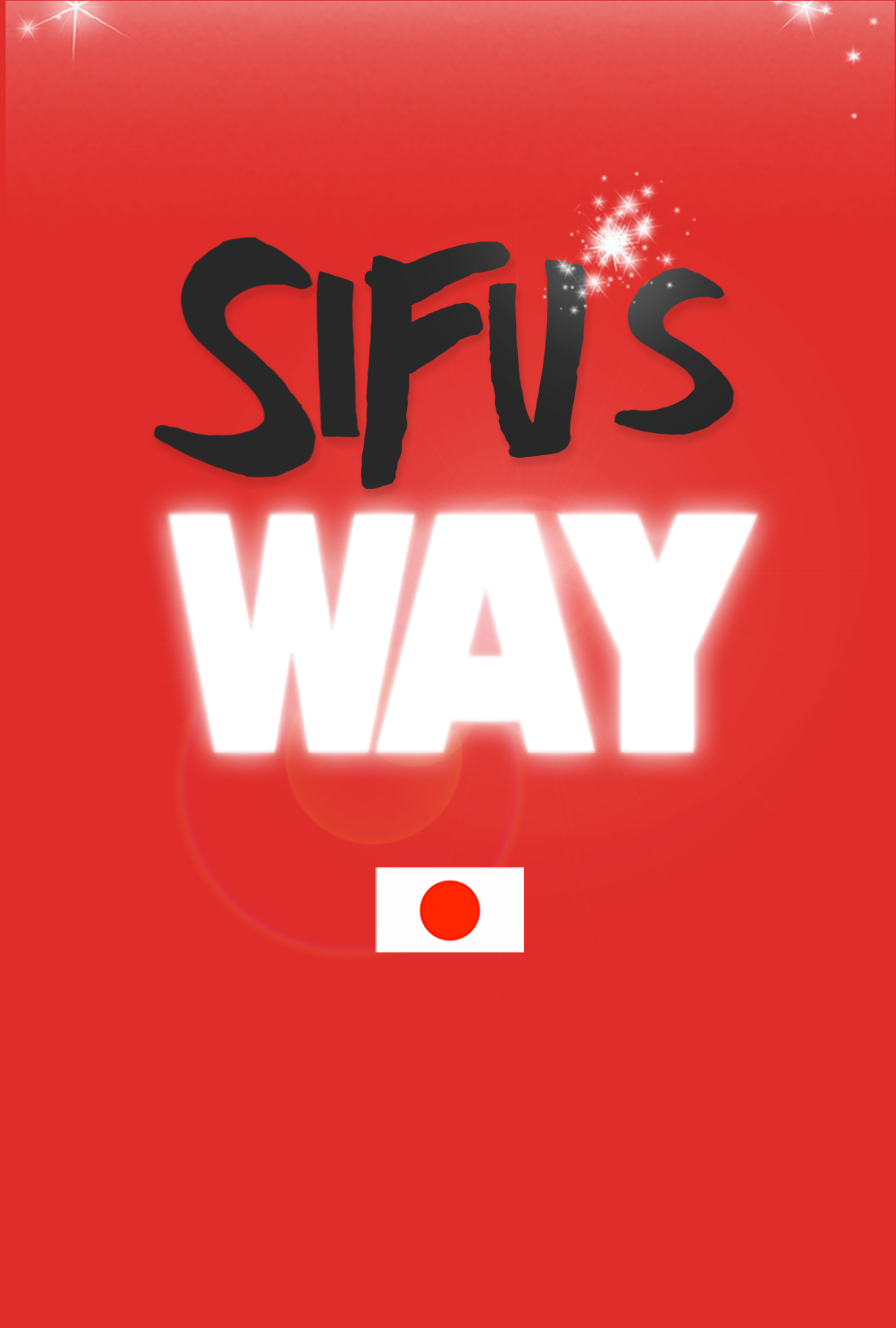